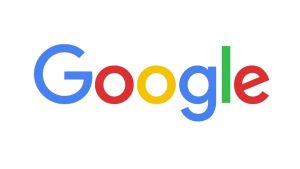 Leave us a Google review.

Please leave us a Google review.  If you liked our service, please post what it was.  We would really appreciate your feedback!

We deliver calcium, sand, and baking soda blasting, power washing and surface preparation services to your location. After completion of surface preparation, we also provide latex painting and epoxy coatings using either a spray system or brush and roller, depending on the project. Our crew is trained and experienced both with spray painting and using brush and roller. Our range of job size is very broad; blasting large scale buildings such as paper mills, air craft hangers, food processing plants to medium sized projects like steel stair wells, bridges, roads, wooden historical buildings and barns, and smaller items such as cranes, farm equipment, crushers and sign poles.

For More Information Call Us

Sodablasting is a cleaning and paint stripping technology that uses compressed air to propel bicarbonate soda on the area requiring cleaning.

Using baking soda as the magic ingredient, the sodablaster removes stubborn materials from almost any surface. It not only produces amazing results, the sodablaster is also water-soluble, non-toxic, non hazardous, and safe for the environment.

Sodablasting is the process of propelling Sodium Bicarbonate (Baking Soda) with compressed air through a blast hose and out a blast nozzle.  The unique properties of sodium bicarbonate allow it to remove paint, grease, mold, oil, soot, and other contaminants without damaging glass, chrome, and even thin sheet metal.  It is also possible to sodablast other softer substrates such as fiberglass, wood, plastics, carbon fiber, aggregate just to name a few.  There are no other blast medias that have these same characteristics.  Sodium Bicarbonate is recognized by the US Food and Drug Administration as an A1 Cleaner, so a non-contaminated blast pot can blast food processing and food preparation equipment.  One can maintain a pristine Sodablaster by never putting anything else but pure Sodium Bicarbonate in the blaster.

·         Soda does not present the health hazards that sandblasting does

·         Soda unlike sandblasting has no risk of contamination of equipment or surfaces you are working on.

·         In many situations items adjacent to those that are to be sandblasted need to masked to prevent damage; sodablasting can be used (again in most instances) without having to mask adjacent equipment

·         Soda cannot remove deep rust patches in metal, unlike abrasive blasting; it does however, remove light surface rust with ease

·         Soda process is easier to clean up, it can be washed up to the sewer system after job is done.

·         Cost comparison, sandblasting is cheaper as it can be reused (as well as sand being a cheaper product), where as soda is single application. There are however specific areas where sandblasting cannot be utilised effectively (e.g. stripping down fibreglass) and then sodablasting offers a cost-effective (and time saving) alternative to manual labour

Just write down some details and Murray will get back to you soon!